Mother’s Day  is a celebration of mothers and motherhood. So there were three Mother’s Day Founders. And they are women.

President Woodrow Wilson, in 1914 officially established the second Sunday in May, as a holiday. And it was known as Mother’s Day.

Juliet Calhoun Blakely, was  “the mother of Albion Methodism”.  Her activities centered in her Albion, Michigan church. And was a leader in the prohibition movement.

The first Mother’s Day celebration was an impromptu  temperance meeting. And when the minister stepped down from the podium and Juliet Blakely stepped up.

She called out to mothers everywhere. And asked them to join the temperance movement.

Juliet’s grown sons, Charles and Moses,  celebrated the second Sunday in May to honor their mother. Her birthday was May 11. And it became an annual celebration in Albion.

Julia Ward Howe was a prolific writer and activist. And was a vocal advocate of  abolitionism and anti-slavery on the Eastern coast.  So after the Civil War she became a leader in the Women’s Suffrage movement and a social activist, for peace.  And she wrote the “Battle Hymn of the Republic”.  It was a stirring song that accompanied soldiers marching to the Civil War.

Immediately after the Civil War, Julia Ward Howe called for a day to encourage peace and disarmament. And she organized “Mother’s Friendship Day” in Boston, MA.

In an effort to unite the North and South through mothers Howe worked tirelessly. And it was a lifelong mission.

Howe often called for a June 2 holiday. And wanted it to be named  “Mother’s Peace Day”. So that the Civil War wounds would be healed.

Julia, like Juliet Blakely believed that mothers could change the world. And they did!

Anna Reeves Jarvis was an activist and early feminist. And she believed in the sentimental heart of the idea of Mother’s Day.

Official Mother’s Day holiday began, with efforts by Anna Jarvis, daughter of Ann Reeves Jarvis. And she started a massive nationwide letter writing campaign to politicians, newspapers and churches. And most importantly, she urged them to adopt a special day honoring motherhood.

By 1907, Anna Jarvis was holding private Mother’s Day celebrations. So much was done in memory of her own mother, Ann Jarvis, of West Virginia. And her love and reverence of her mother, began a lifelong quest for a holiday.

In 1908, she was instrumental in promoting a church service. And it took place in the Andrew’s Methodist Episcopal Church.  In attendance, were over 400 children and their mothers. And the church is designated a National Historic Landmark. This was known as  the International Mother’s Day Shrine.

And much Anna Jarvis efforts were to add the holiday onto the national calendar.

She pointed out that American holidays were biased toward male achievements. And believed that women were not appreciated

A massive nationwide campaign began.  Many letters were sent to newspapers, politicians and churches.  And Jarvis lobbied hard for the holiday.

The Commercialization of Mother’s Day

Anna Jarvis’ idea was that  Mother’s Day should be a personal celebration between mothers and their families. And she wanted everyone to wear a white carnation.  But her ideas did not work out.  And her hopes and dreams for Mother’s Day did not meet reality.

At the time of her death, in 1948, Jarvis was lobbying to stop the holiday. And have it removed from the American calendar. Because the holiday was too commercial.

Jarvis never married. And she had no children.   And Mother’s Day is still being celebrated in 2020.

So the fact remains that……

“Behind all your stories is always your mother’s story. Because hers is where yours begins.”

– Mitch Albom, For One More Day 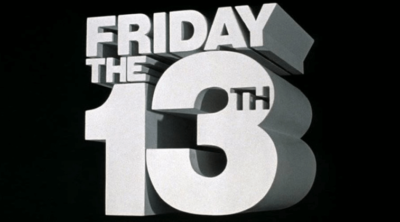