Boxing Day always brings with it a sweet opportunity to derive joy from sharing and pleasing people who are less privileged. Even though history provides multiple theories behind its true origination, let's find out more about the conjecture through this article. 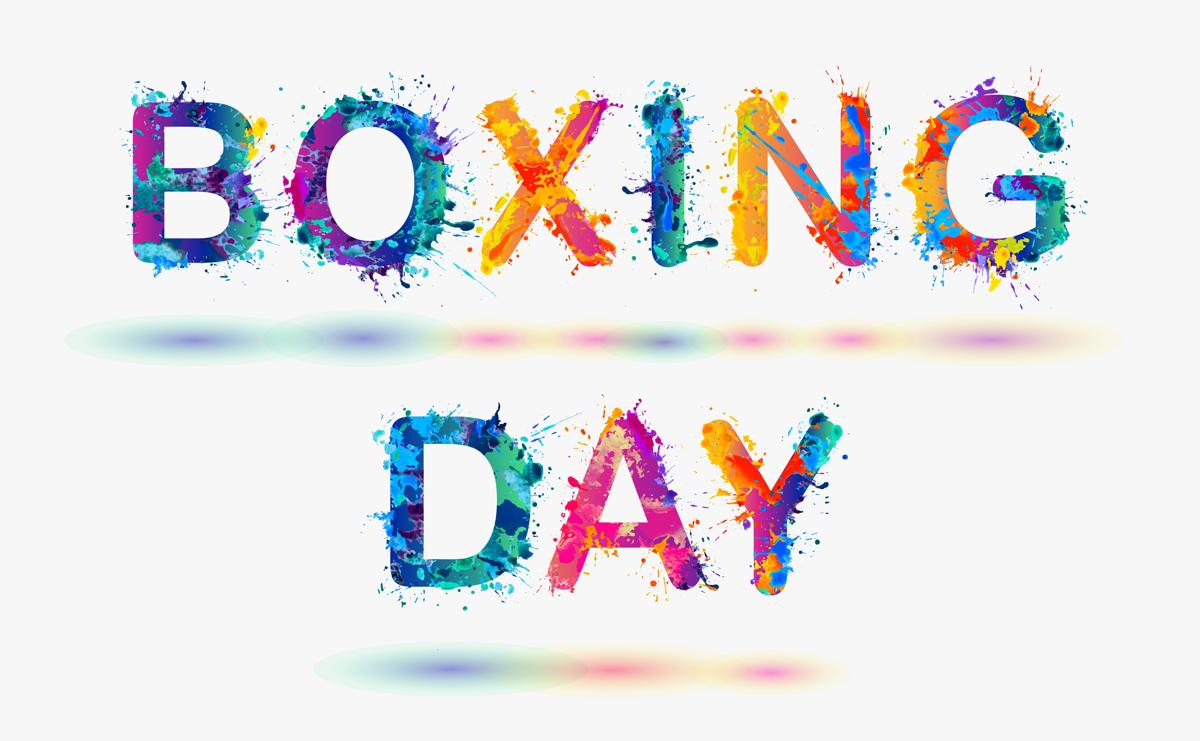 Boxing Day always brings with it a sweet opportunity to derive joy from sharing and pleasing people who are less privileged. Even though history provides multiple theories behind its true origination, let’s find out more about the conjecture through this article.

“Thousands of candles can be lit from a single candle, and the life of the candle will not be shortened. Happiness never decreases by being shared.“―Buddha.

Reflecting the very sentiments of the saying, nobody can deny the pleasure that washes over ones soul, when you see someone smile with gratitude at your simple act of sharing. The euphoria manifold when you can light up the life of someone less favored by fate than you are. The history of Boxing Day came in to existence almost 800 years ago, in the medieval period because some people in the United Kingdom started to think along similar lines. From here onward let’s try to find the real answer to what Boxing Day really is all about.

It is indeed true that the exact time of the inception of Boxing Day remains somewhat shrouded in obscurity. However, legend has it that earlier, all the domestic staff had to work on Christmas Day in order to ensure that everything was flawless in the household as rich British noblemen and aristocrats held grandiloquent parties in their mansions. All the servants and slaves were, therefore, allowed to visit their homes on the 26th of December. Somewhere in the middle ages, the tradition of giving gifts to these people in boxes, was then considered lower class. Even money or healthy helpings of leftover party morsels were sometimes given in a box. It’s from this tradition of boxing gifts, did the name Boxing Day evolve.

Another tale has it that circa early 19th century the churches in Britain placed boxes for alms outside the churches where the churchgoers could contribute their bit for the poor and the downtrodden. Whatever money was amassed throughout the period of Advent, i.e., during the four Sundays preceding Christmas, was taken out from these boxes and distributed among the unfortunate on the 26th of December. Why this was done on that particular day was because the day after Christmas happens to be St. Stephen’s Day. St. Stephen was a Roman, appointed as one of the seven deacons, by Christ’s apostles, bestowed with the responsibility of caring for the poverty-stricken. Thus, after the Feast of St. Stephen’s Day, these alms were distributed. St. Stephen was stoned to martyrdom and died seeking pardon for the mob who killed him, greatly resembling Jesus. The Acts of the Apostles 6:1 to 8:2 narrates the story of this martyr. The idea of putting money in boxes is, however, believed to be a Roman contribution in Britain. The Roman used to collect money for betting in boxes, during their winter fetes and the Britons picked it up from them.

This Christmas tradition spread to nations that the Britishers colonized later on. Today Boxing Day is celebrated in Ireland, Canada, New Zealand, and Australia. However, this tradition is still not a part of the United States. Today, in Canada, Boxing Day actually stands for the day when all Christmas embellishments are ‘boxed up’ and put away.

Some theories even relate the name to the traditional practice of opening Christmas boxes, clay or wooden holds for Christmas gifts, on 26th December morn. Christmas boxes were also placed by priests on board a vessel about to set out in the search of new land during the Age of Exploration, as a good-luck charm. The crew would then drop coins into it, praying for a safe return, sealing it up and then carrying it around.

In current times, people give gift boxes to postmen, delivery boys, porters, and valets. The custom now includes giving gift kitties or gift purses to domestic help. Some people also visit their grandparents as a custom on this day. Today, children are encouraged to collect gifts by school authorities, which are placed in boxes, wrapped, and sent to poorer nations.

Boxing Day was recognized as a bank holiday in the UK and Wales through the Bank Holidays Act of 1871.

In many countries, special sporting events are organized on this day. For example, in UK, earlier people went hunting for foxes accompanied by foxhound dogs, but now engage themselves soccer games and racing horses. Also, hugely popular football matches played between leagues are also organized in England, Scotland, and Ireland. In Australia, the Boxing Day test match is initiated at the famous cricket ground in Melbourne. Also, the prestigious Hobart Yacht Race in Sydney begins on this day. South Africa also organizes its Boxing Day test match, and two extremely important hockey tournaments, namely, the World Junior Hockey Tournament organized in Canada by the IIHF, and the international Spengler Cup played in Davos, Graubünden, Switzerland begin on Boxing Day.

Boxing Day is also seen as a very important day for economic transactions, as huge sales are organized by shops. It is the official start of the sales season post-Christmas. In Canada, sales of up to CAD 1,000,000 have been registered on Boxing Day in previous years, according to the data of Visa, in big marts. However, recent controversies in Britain have brought to light that big houses often hike the prices of products and then feign to slash it on this day, fraudulently looting the public. For similar reasons the sale season has been postponed to begin from 27th of December in New South Wales, as a measure to limit deceitful retail trading.

In countries like England and Ireland, it was a popular trend to kill wren, small brown birds, by stoning them, replicating St. Stephen’s death, by young boys. It was believed that one could kill a wren, only on Boxing Day and not on any other day. They would then decorate the corpse of the bird with ribbons and shafts of vibrant plumage, melanize its face, hang it by a rope on a pole and go about begging for alms knocking each door with the pole. Thus, St. Stephen’s Day was also called ‘Wren Day’. This particular tradition seems to be cropped up in the Battle of Kinsale in 1601, when the hushed efforts of Irish to silently attack the English invaders were jeopardized by the song of a wren, which alerted the British troops. The truth in the tale is questionable though. The ‘wren boys’ would also sing the following song while begging.

They would also present a feather to the donor, which was supposedly potent of bringing good luck. The money would then be used up to organize a dance. In Ireland though, they said that the donation would be used to cremate the dead bird. This cruel tradition has thankfully now been stopped. The Irish now only dress weirdly, wear wigs, and go about begging with a stuffed bird in a cage all the while singing carols. This money generally goes to charity.

Fox hunting with the help of fox hounds was officially banned in Wales and England, from 18th of February, 2005 with a cumulative consent of all members of the Parliament and relentless efforts of animal lovers. However, in Ireland this cruel practice still persists.

History talks of another St. Stephen, a Swedish religious missioner, who lived in the 9th century. He was the patron saint and guardian of horses. Killed by Swedish pagans, his love for horses probably gave rise to the horse riding tradition of Boxing Day. Moreover, it was due to this that one could ride horses in and around a church during the St. Stephen’s Day Service, in Germany, some time ago.

Years ago in Wales, St. Stephen’s Day traditions included ‘holming’ or beating maid servants with holly bowers until their hands or feet leeched. Usually young lads and dames took to thrashing their helps. This trashing was also inflicted upon the last person who woke up in the morning and was made to do all the work of the family on that day. Gwyl San Steffan, as the day was called, also saw beating up of horses and other livestock, with holly sprigs, as it was believed to boost their stamina. These ancient Welsh practices were, however, stopped sometime in the 19th century.

Canadian shops open their shutters as early as 6 in the morning on Boxing Day, to let in people who often line up in front of shops during the night. They also refer to this post-Christmas clearance sales week as the ’13th month’.

Many people gather along the coasts of Britain, attired in clownish or weird fancy dresses, and indulge in a tradition called Boxing Day Dip, wherein they dance in shallow waters to entertain the watchers and assemble money for charity.

A very colorful street procession called Junkanoo is organized on Boxing Day, in the Bahamas, when elaborately dressed ethnic dancers known as ‘gombeys’ fill up the streets. Their costumes are very flashy and attractive, generally made with the help of cardboard, paper crepes, and lots of sequins. Goombay music fills the air during this parade, generated by a variety of horns, goat-hide drums, and cowbells. The procession generally starts at midnight.

In some countries, if Boxing Day happens to be a Saturday, then the coming Monday is observed as a holiday, on its behalf, by Royal Proclamation of the King or Queen in Council, in England. However, if it falls on a Sunday, then both Monday and Tuesday are holidays compensating for both Christmas and Boxing Day. The same practice is followed in Canada, without the proclamation, of course.

So, now I leave you to ruminate about all the different aspects of this day, including the history, its practices, and the pros and cons of all its traditions. It’s meant to be a beautiful day with noble purpose, so enjoy it as you sway to the strains of the carol “Good King Wenceslas looked out, On the Feast of Stephen…” which goes on to narrate the tale of a medieval Duke of Bohemia, who nourished the poor peasant living by the forest with wine and meat and brought him warmth by burning pine logs on a cold snow-laden Boxing Day.