Glastonbury Festival: All You Need to Know About the Musical Bonanza

The largest performing annual arts festival organized on a greenfield area, the Glastonbury Festival starts on the last weekend of June. Michael Eavis who organizes the festival, first thought about starting this musical extravaganza in 1970.

Home / Uncategorized / Glastonbury Festival: All You Need to Know About the Musical Bonanza

The largest performing annual arts festival organized on a greenfield area, the Glastonbury Festival starts on the last weekend of June. Michael Eavis who organizes the festival, first thought about starting this musical extravaganza in 1970.

The festival takes place on a vast, sprawling piece of 900 acres of land. It is greatly influenced by ‘hippy’ ethics. Michael Eavis was inspired to start a musical festival after attending the ‘Bath Festival of Blues and Progressive Music’ in 1970. This inspiration worked well for him as Glastonbury Festival went on to become a great success. ‘Worthy Farms’, the place where Glastonbury music festival is organized, lies between the ‘Pilton’ and ‘Pylle’ villages, six miles away from the town of Glastonbury. The farm is situated amidst the beautiful valley of Avalon at the head of river White lake.

Facts about the Glastonbury Festival

It hosts a variety of shows and allows numerous artists from the world over to display their talent. The ‘Pyramid’ stage at the north of the farm and acoustic tents, circus and comedy tents to the east are the main attractions during the festival. Backstage compound is almost always occupied by the band crews. Craftwork and traditional arts are displayed in the space to the south of the farm. Charity functions are organized at a bar, near the backstage area. Let us find out more about arrangements made for this festival.

To organize a festival of this scale is not an easy task. Glastonbury Festival is the best example of a highly organized activity conducted to manage a huge audience between 150,000 and 170,000. Organizing festivals on such a scale requires support from all sections of the society – the audience, participants, volunteers and authorities. From 2002 onwards, ‘Festival Republic’ a firm from the UK takes care of security and logistics of the Glastonbury Festival. For organizing the festival every year, a company is formed, which is owned jointly by ‘Festival Republic’ and the ‘Glastonbury Festival’s Ltd.’ ‘Left Field’ which is organized by Geoff Martin, undertakes the arduous task of managing stages spread across the vast area of the ‘Worthy’ farm. ‘Oxfam’ a non-governmental organization brings in around 1400 stewards for organizing the event. ‘Carlsberg’, a Danish brewing company sponsors beer bars during this festival. Catering and retail services are contracted to local companies which also helps their business grow. There is a separate food stand for vegetarians.

The year 1990 saw a violent outbreak in the form of a fight between security guards and people from a group called ‘New Age Travellers’. The 1991 festival thus, had to be canceled due to violence. During the 1992 festival, ‘New Age Travellers’ were not allowed to roam around the premises owing to security concerns. The floods of 1997, 1998 and 2005 affected Glastonbury Festival to some extent; however, the festival is running smoothly thereafter.

The popularity of Glastonbury Festival of England is rising year after year. The festival held in 2009 received huge response in the form of 137,500 ticket bookings till 5th October, 2008.

The festival made a modest start in 1970 however, has grown to a massive scale and magnitude, thereafter. The first event held in 1970 was known as the ‘Pilton Festival’. It was attended only by 1,500 people as opposed to the mammoth 177,000 of 2007. The ‘Pyramid’ stage was first installed in 1971 by Bill Harkin and it remained the focal point of this festival thereafter. During the festival held in 2007, a cow from the farm died as it accidentally ingested a metal peg lying around. Authorities called for a “Leave No Trace Campaign” the next year in 2008. This campaign received huge response and the festival was awarded ‘The Green Festival Award’ for year 2008.

The Glastonbury Festival is an open and free platform for aspiring artists. Musicians and other performing artists make the most of this great opportunity presented to them every year. With the audience and artists deriving maximum benefit out of it, Glastonbury Festival proves to be a win-win formula for both of them. 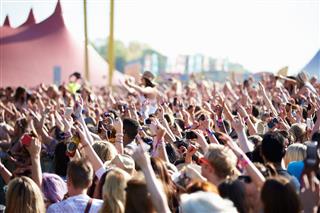 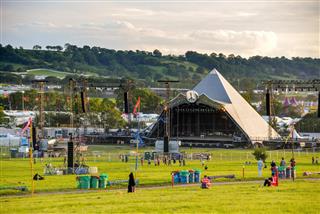