The Chinese New Year is one of the most important Chinese holidays. This traditional celebration is often called the 'Lunar New Year'. Let us have a look at the traditional Chinese methods by which the Chinese celebrate their New Year. 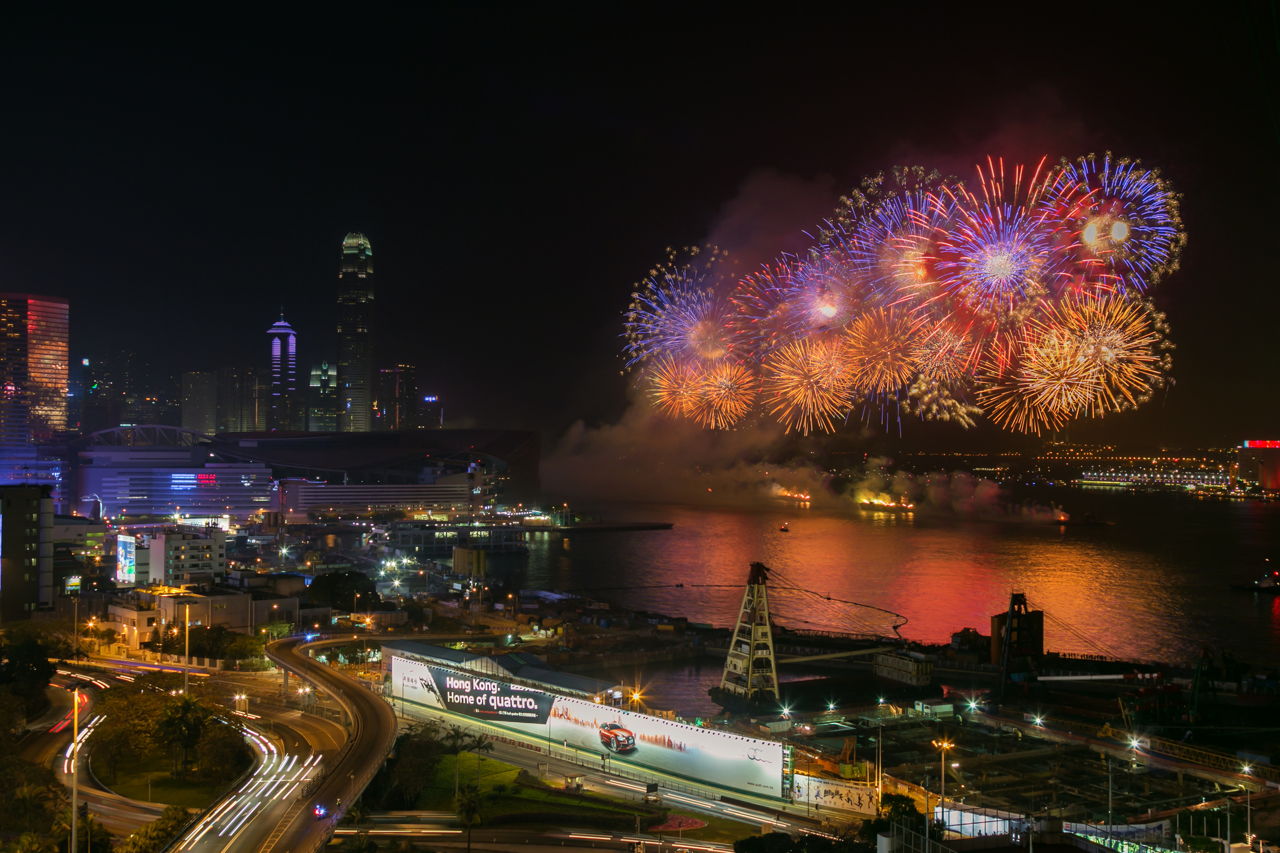 The Chinese New Year is one of the most important Chinese holidays. This traditional celebration is often called the ‘Lunar New Year’. Let us have a look at the traditional Chinese methods by which the Chinese celebrate their New Year.

I know lots of Chinese living in different countries are waiting for their Chinese New Year holidays and just waiting to be home with family and enjoy their food! Here is some information for those who don’t know much about it.

When Is the Chinese New Year?
The Chinese New Year date differs every year according to the Georgian Calendar. This is because it is based on the lunisolar (a combination of lunar and solar) year. That is why it can fall on any day from January 21 to February 20 of every year. In 2012, it falls on January 23.

The Chinese New Year is also known as the Spring Festival. There are lots of traditions and customs as the festival has a history of about 430 years to it. The Chinese pay tribute to their ancestors and the celebrations on the new year day are a time of thanksgiving, reunion and family get together. It is one of the most important aspect of the Chinese culture. The New Year is celebrated for 15 days in China. It is an important social and economic holiday that honors the heavenly deities as well as the ancestors. Families come together for feasting and celebrate the new year.

Ancient Chinese Calendar
The Chinese new year is based on the ancient Chinese calendar. The Oracle bones that are inscribed with astronomical signs indicates, it is celebrated since the 14th century BC. This means it was celebrated since the Shang dynasty and was reset according to wishes of the emperor who was in power. Each new year was marked with one of the 12 zodiac animals that is, the rat, ox, tiger, dragon, snake, sheep, horse, monkey, dog, pig, rooster, and rabbit.

Traditional Chinese New Year
According to the traditional calendar, the new year period begin from the middle of the 12th month and ends in the middle of the first month with the waxing of the full moon. The observance period is divided into the New Year’s Eve and first day of new year. This is one of the most important days for the Chinese. The focus of this celebration is home and family. Business becomes secondary for most. The houses are cleaned thoroughly to get rid of ‘huiqu’ that is bad elements. Food, paper icons are given as offerings to the Gods and ancestors. Paper scrolls with lucky messages are hanged at the doors and children receive money as gifts from elders. On New Year’s Eve, the extended family gathers and feasts on the traditional meal. Long noodles were eaten on the first five days of the New Year to symbolize long life. On the last day of the New Year celebration, round dumplings are eaten to signify family unity.

Mythology Related to Chinese New Year
Asian cultures always follow their festivities based on many tales and legends passed on by their ancestors. Similarly, there are many tales related to the celebration of the New Year. It is said this day began with a fight against Nian, a mythical beast. This beast would come to the village, on the first day of the New Year and eat up the livestock, crops and even children. In order to protect themselves from the wrath of Nian, people place food on their doorstep. Soon, after eating the food placed outside the homes, Nian stopped attacking children, people, crop and livestock. The villagers also found out that the dragon was scared of the color red. Thus, they started placing red colored lanterns and spring scrolls on their doors and windows. Firecrackers were burst to scare away Nian. An ancient Taiost monk, Hongjun Laozu captured Nian.

Chinese New Year Animals
Like the 12-year cycle of the animal zodiac, there is a 10-year cycle of heavenly stems related to 5 elements of Chinese astrology – wood, fire, earth, metal, and water. This is also the Yin Yang system and the years are counted in 60-year cycles. The 2011 is the 4709 of the Chinese year.

Festivities of Chinese New Year
As mentioned already, Chinese new year is celebrated for 15 days. Each day symbolizes a particular festivity. Let us have a quick look at the events celebrated on each day.

Before New Year’s Eve
Traditional porridge called Làbāzhōu is prepared on the eight-day of the lunar month before the Chinese new year. It is served as a remembrance to an ancient festival called Là, that was celebrated after the winter solstice. The first bowl was offered to the family’s ancestors and then every member of the family was served a bowl during breakfast. It is time to clean the house and sweep away bad luck of the preceding year. Some paint their windows and door frames in red, hang paper scrolls, lanterns and other decorators to welcome the new year. People buy new clothes, shoes and even get a haircut. On the first day of the new year, brooms and dust pans are kept away, to avoid the good luck ushered by the new year from being swept away. One new year’s eve, dinner a lavish dinner is prepared consisting of fish, dumplings, Niangao (glitinous cake), and other traditional dishes. Firecrackers are lit and the home doors are closed to keep away evil spirits. Doors are opened the next morning following a ritual called the ‘opening the door of fortune’.

Day 1
On the first day of the new year’s eve, people visit the elders of the family as well as extended family and honor them. Buddhists celebrate the birthday of Maitreya Bodhisattva, that is, the Buddha to be. Lion dance is performed to usher the New Year. Children and teenagers are given red envelopes containing money by married couples of the family. This is said to bring good luck and wealth.

Day 2
The second day is called kāinián (beginning of the year). This is the day when married daughters visit their birth parents, family and friends. It is the God of Wealth’s birthday and therefore business owners start their business on this day. It is also said to be the birthday of all dogs and thus, they are given their favorite treats to eat.

Day 3
This day is called chì kǒu, that is, red mouth. This is not a good day to socialize or visit friends and family. It is the Day of the Poor Devil according to the Hakka villagers. Thus, everybody is supposed to stay at home.

Day 4
This is the day for corporate ‘spring dinners’ and businesses are run as on normal days.

Day 5
The morning of this day is called Po Wu and people of northern Mainland China eat jiǎo zi or dumplings. Businesses re-open on the next day (Day 6) in Taiwan.

Day 7
Called rénrì, that is, common man’s birthday. This is the day when everybody grows a year older. Tossed raw fish salad and yusheng is eaten in communities of Singapore and Malaysia.

Day 8
It is the eve of the birth of the Jade Emperor marked by a family dinner. Business owners host a feast for their employees and government agencies re-open officially on this day.

Day 9
Chinese offer prayers to the Jade Emperor of Heaven as it is the traditional birthday of the Jade Emperor. The offerings include sugarcane, tea, fruit, vegetarian food and roast pig. An honored person is given a gold paper as a token of respect. The next day, that is, Day 10 is also celebrated as the Jade Emperor’s party.

Day 11 and 12
Friends and family are invited for dinner or lunch.

Day 13
The 13th day is dedicated to General Gaun Yu, the Chinese God of War. He is said to have won hundreds of battles and is therefore looked upon as the God of Wealth or Success. People eat vegetarian food to help given rest to their stomach due to consumption of a lot of lavish food since the last 12 days.

Day 15
The final day of celebration is a grand day. It is called by many names that includes Shang Yuan Festival or Lantern Festival. People eat a sweet glutinous rice ball and tangyuan (rice dumpling) on this day. Candles are lit outside houses and families walk on the streets carrying lighted candles. This day is also the Eastern version of Valentine’s day. In Malaysia and Singapore, single women write their contact details on mandarin oranges. Then these oranges are thrown in the river or lake. Single men looking for partners collect them from the water and eat the fruit. If the fruit is sweet it symbolizes good fate and sour fruit means bad fate. Accordingly, they contact the woman from her contact details on the fruit and wish to find a life partner.

Chinese New Year Festival
The New Year is not just celebrated in mainland China, but also celebrated in all those regions and countries where the ethnic Chinese or the Han live. So it is celebrated in Singapore, Hong Kong, Taiwan, Malaysia, Vietnam, Macau, Thailand, Laos, Indonesia, Philippines, some parts of Mongolia, Bhutan, Tibet, Korea and Japan. And of course, it is also celebrated on a large-scale in the China towns and areas in the United States, the United Kingdom, Australia and some other countries where there is Chinese migration.

Chinese New Year celebrations differ from place to place. I hope this small article gives you some idea about one of the highly celebrated festivals in the world! 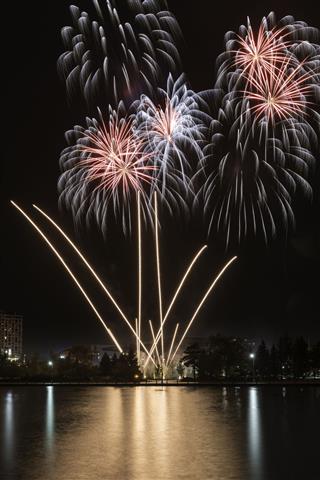 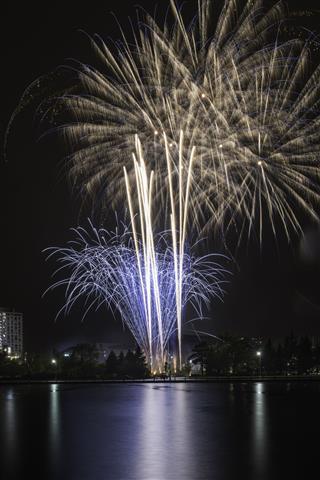 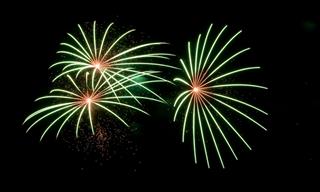 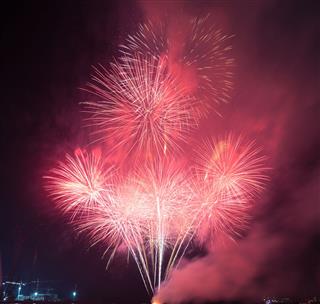 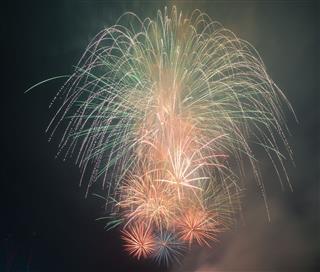 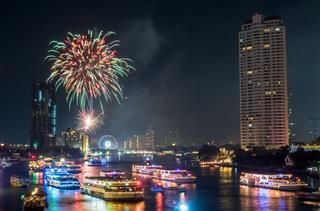 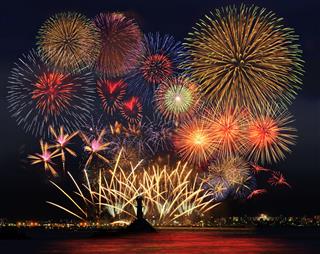 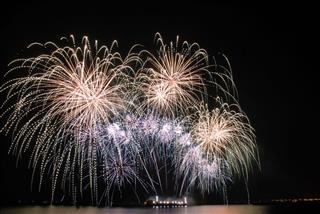 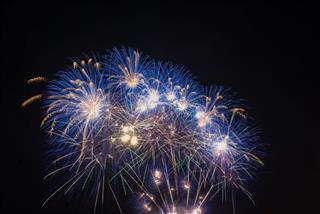 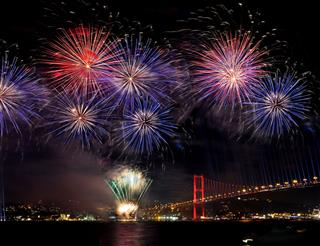 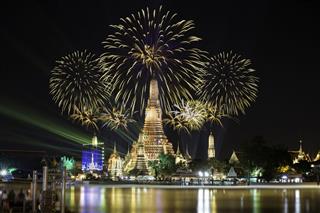 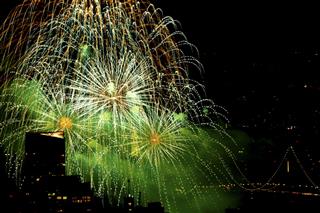 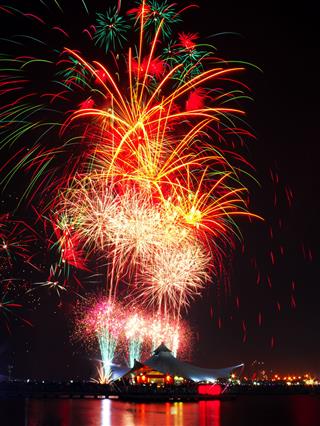 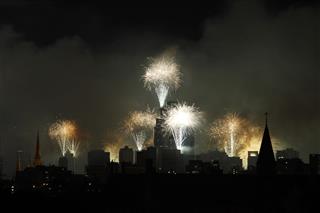